Call For A Free Estimate!

When you know you’re right smack in the middle of the desert, you’re bound to come across some wicked pests in Las Vegas, for sure. That’s one gamble that won’t lose you much money, not like the slots in the casino. But what are those pests? And how do you spot them? Start by checking off our list of pests in Las Vegas.

No matter what kind of pest you find in Las Vegas, give one of our exterminators a call. That goes without saying. It’s crucial to really be in the know about what you’re looking at, because out of all these pests in Las Vegas, you get a variety of different species. So don’t get fooled. They even vary by size and color.

Still, their nastiness measures all the same, especially from the perspective of a Las Vegas homeowner. So here comes the first nasty critter to watch out for: 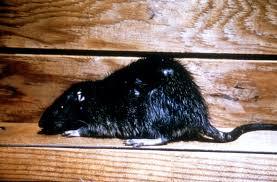 And it’s not even New York City! Shocking, right? Who knew that Sin City hosted rodents? And the scary thing is we’ve got some pretty wicked breeds here, two to be exact: roof rats and Norway rats.

The roof rat happens to be the most common furry pest in Las Vegas, and believe it or not—the rodent’s not even native to the state. Experts believe that roof rats made it to Las Vegas via palm trees, typically mistake for large mice. They’re not that big: only 10 to 14 inches long, weighing 5 to 6 ounces (we know: that does sound big).

Are they dangerous? Potentially: you can get some of these critters chewing on your wires and insulation, plus they multiply like rabbits. A couple of them can have four to six litters of four to eight pups in just one year; that’s 48 babies per year…. From just one rat. Did we mention they also spread disease?

Now the Norway rat might scare you even more. They’re less common, but just as nasty. The Norway rat is also typically known as the “super rat” due to its size—they’re much larger than roof rats, making them that much more disastrous as they spread the same germs, bacteria, and chew even more than their little cousins do.

Ever Seen an Apache Cicada Before? 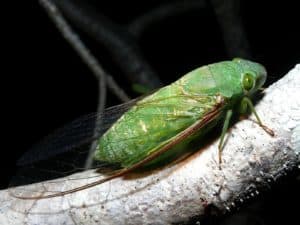 You might think nuclear fallout occurred, these bugs are so big you’d freak. The truth is, these giant Apache cicadas are not even dangerous to humans; they won’t bother you much.

Instead, given their size, they’re extremely annoying due to the vibrating membranes on their abdomens. Those are the bugs buzzing around with massive moth-wings, scaring the crap out of your kids. But it’s a numbers game here; as we’ve said, they’re not dangerous. But a few dozen of these critters will potentially break the sound barrier, and what really makes it difficult is knowing when they show up: these pests in Las Vegas typically live underground before they reach adulthood, and when they show up…. They show up.

No One Likes Scorpions 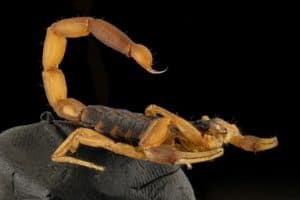 We don’t blame you. And Las Vegas is host to a lot of them. In particular, the Arizona Bark scorpion is a nasty native, thankfully never reproducing nearly as much as the cicada. But here’s the thing: just one scorpion in your home could be a disaster.

The Arizona Bark scorpion does have a nasty sting, releasing a poison that could be fatal. So if you see one of these bad boys…run. 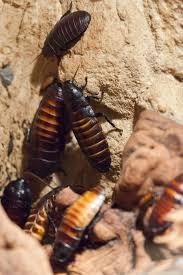 Aren’t they everywhere anyway? But in Las Vegas, pests are aplenty for this breed at a number of four different species. Four. Count that with your fingers.

Don’t ask us how or why these other species somehow made it to Las Vegas. We don’t know. Obviously, the cockroach is a hardy beast and could survive a nuclear war if necessary, so we think it was probably a no-brainer that these bugs from supposedly overseas would make their way into Las Vegas homes here in the United States without breaking a sweat.

Expect these critters to range in size from 0.1 to 3.2 inches. They can be brown or black. Either way, you’re looking at it, these suckers will cause some major issues – carrying all sorts of bacteria and pathogens, like salmonella and E. coli. Watch out for them in those dark and damp places, close to your pantry. We all know we hate it when they scurry away, because they hate light. And we hate them, too.

Ultimately, Though, Now That You Know What These Las Vegas Pests Are….

Let’s not ever see them in our homes, right? Right. Set up preventative protocol and protect your home from the dastardly vermin, so you can feel safe to leave your domicile as you go play poker.